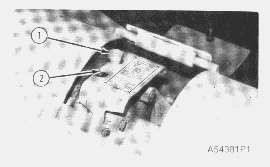 1. Loosen the track as follows:

a. Turn relief valve (1) one turn counterclockwise to permit grease to be released from the vent hole below the relief valve. If the track does not loosen go to Step b.

b. Turn fill valve (2) one turn counterclockwise to permit grease to be released from the vent hole below the fill valve. If the track still does not loosen, start the machine and move it forward and backward. If grease is still not released, go to Step c.

c. Install a slug that is 76.2 mm (3 in.) in diameter and 63.5 mm (2.5 in.) long between the track and sprocket segment. Move the machine to the rear so the track will be forced up by the bar. This will put tension on the track and move the front idler and track adjuster to the rear against the force of the recoil spring. This will push grease out of the vent holes. 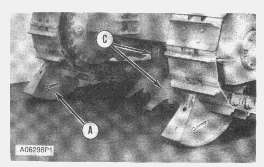 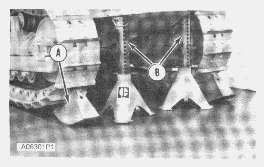 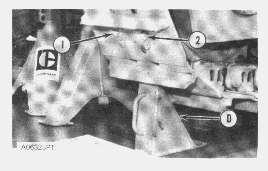 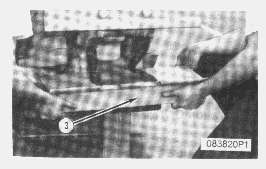 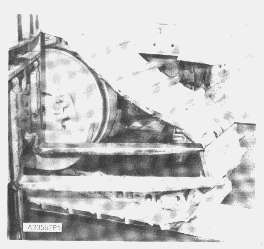 6. Hold the lower part of the track up with a hoist on the forks or a lift truck. Remove tool (D) and lower the track to the floor.

7. Move the right track forward slowly until the track is off of the track roller frame.

NOTE: If necessary, use a lift truck to remove the track completely from the track roller frame. 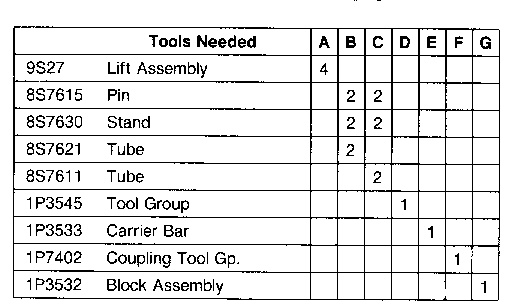 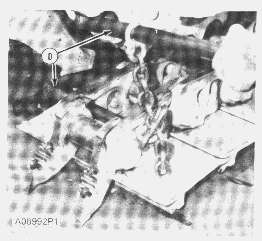 1. Put tooling (D) in the track link and on the sprocket shaft as shown. 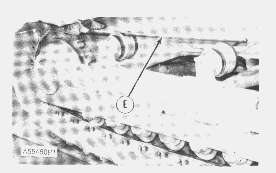 3. Install tool (E) below the first bushing and between the second track shoe and the top of the second bushing. Move the sprocket forward slowly and use tool (E) as a guide to put the track in position over the two carrier rollers and the front idler. 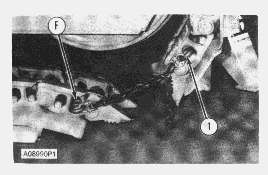 5. Start the machine. Move the right sprocket forward until the master link is just below a horizontal line through the center of the sprocket. 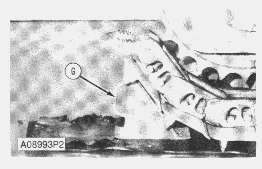 6. Put tool (G) under the first track shoe, at the lower end of the track, as shown. Move the sprocket backward until the two links can be put together. 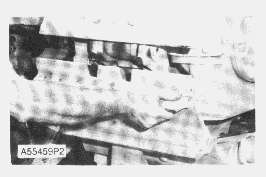 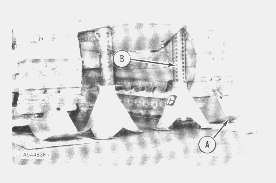 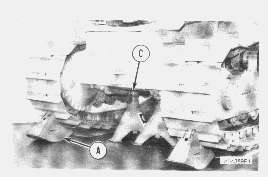 11. Make an adjustment to the tracks. See, Track Adjustment in Specifications. 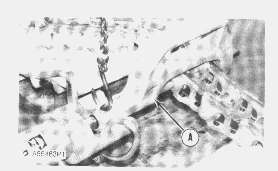 2. Push the track pin part of the way out of the track assembly with tooling (A).

5. Remove the next track pin. 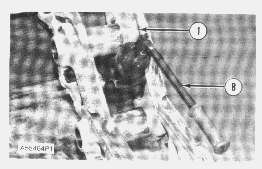 6. Put tooling (B) between the track links as shown. Push the links away from each other enough to make a separation of the track chain. 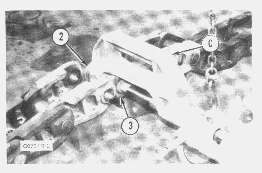 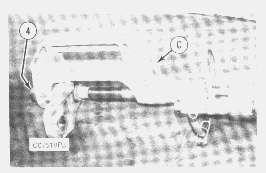 10. Remove the seals from the links.

NOTE: If either the seal or the bushing has been damage, use new parts for replacement. Do not use parts from another track assembly.

1. Put 1P3482 Pin Adapter (2) from tooling (A) in the frame (1) of the press arrangement with the counterbore toward the ram as shown. 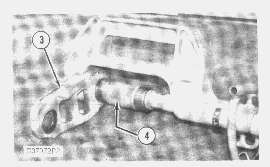 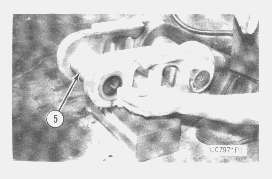 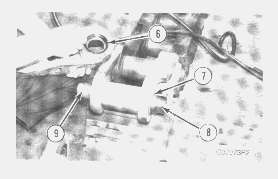 4. Put pilot pin (9) in the bushing with the tapered end of the pin as shown.

7. Make sure the seals and thrust rings are clean and dry. Put clean SAE 90 oil on the lip of the seal and the ends of the bushing. 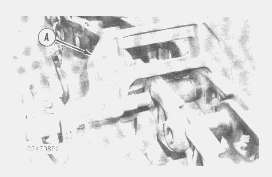 8. Install the links in the bushings with tooling (A). 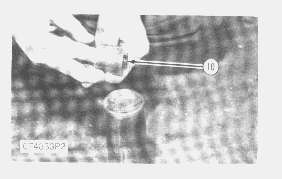 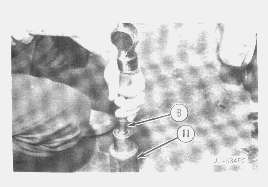 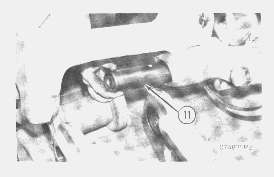 12. Put track pin (11) in tooling (A) with the oil hole up as shown. Remove the masking tape from the oil hole. 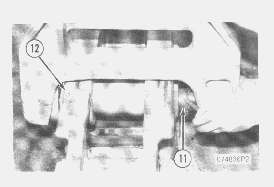 16. Put tooling (C) between the links. Push the links apart far enough to let the links and bushings go together. 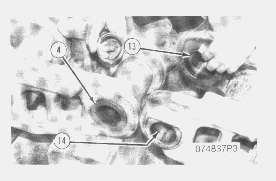 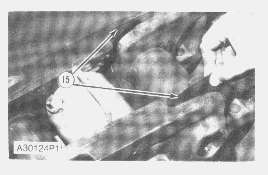 18. Put shim stock (15) between the bushings and links as protection for the face of the seals from damage. Move the links and pins together. Remove the shim stock and tooling (C).

19. Install the pilot pin to keep the links, bushings and thrust rings in alignment. 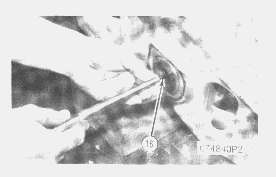 a. Push the plug into the rubber stopper in the drilled passage of the track pin.