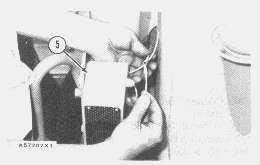 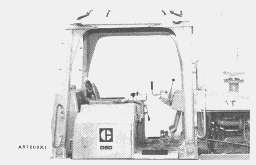 NOTE: If the rear Roll-Over Protective Structure support assemblies have been removed from a D5B or D6D for any reason, the following installation procedure must be followed:

b) Put fender brace (5) in position on the bevel gear case. Install but do not tighten the bolts (4) and lockwashers which fasten the brace to the case. 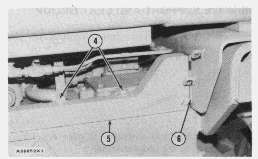 e) Install two bolts (1) and lockwashers in each support assembly which fastens the support assembly, fender, shims, and fender brace together. Tighten the bolts to a torque of 350 ± 37 lb.ft. (475 ± 50 N·m). 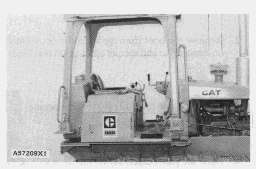 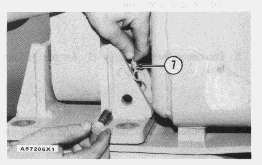 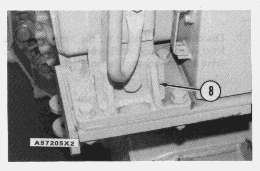 3. Fasten each rear pad assembly (8) to the frame with four nuts, bolts and washers. 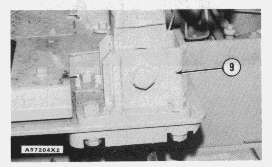 4. Fasten each front pad assembly (9) to the frame with four nuts, bolts and washers.