1. Remove hood, muffler and precleaner assembly from the engine. 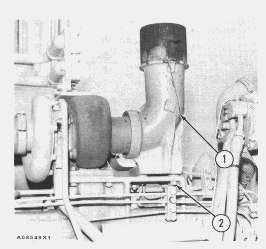 2. Remove three bolts and nuts (2) that hold elbow (1) to the exhaust manifold. Remove the elbow. Remove the seal ring from the groove in the coupling on the turbocharger. Check the condition of the seal. If the seal has damage, use a new part for replacement. 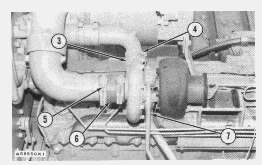 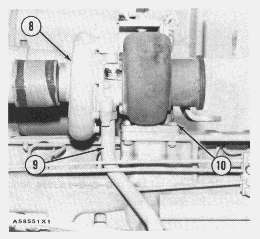 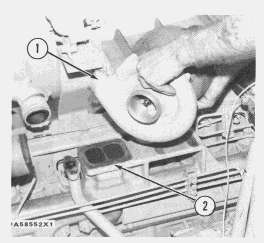 1. Put a new gasket (2) for the turbocharger in position on the exhaust manifold.

2. Put 5P3931 Anti-Seize Compound on the threads of the four bolts that hold the turbocharger to the exhaust manifold.

6. Slide hose (3) in position on the turbocharger and install the clamps that hold it.

7. Slide hose (5) in position on the turbocharger and install the clamps that hold it. 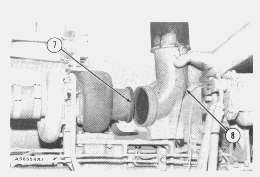 8. Install a new seal ring (7) in the groove on the coupling.

9. Put 5P3931 Anti-Seize Compound on the threads of the three bolts that hold elbow (8) to the exhaust manifold. Install elbow (8).

10. Install hood, muffler and precleaner assembly on the engine. 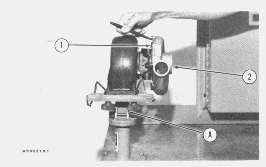 1. Install turbocharger on tool group (A). Put marks on the three housings of the turbocharger for correct installation and alignment at assembly. 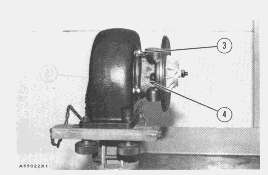 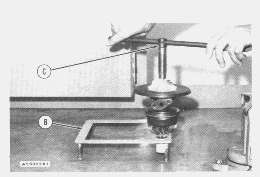 4. Put the cartridge assembly on tool (B) as shown. Use tool (C) and the correct size socket to remove the nut that holds compressor wheel (5) on the shaft. 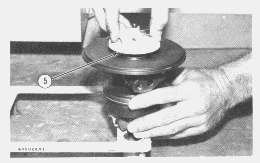 5. Hold the cartridge assembly down in tool (B) nd lift and turn the compressor wheel (5) at the same time to remove it from the shaft. 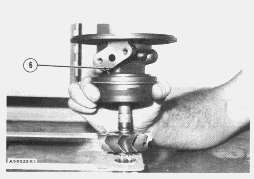 6. Remove cartridge assembly (6) from the shaft. 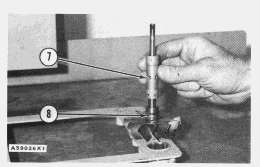 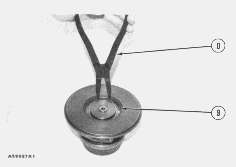 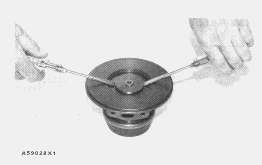 9. Remove the insert, sleeve and deflector from the housing assembly as a unit. Use two screwdrivers to remove the unit. 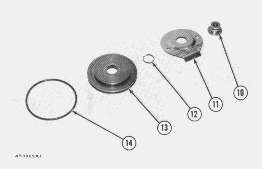 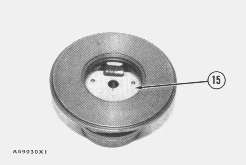 11. Remove bearing (15) from the housing assembly. 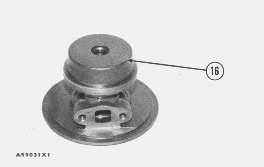 1. Make sure that all of the oil passages in the cartridge housing assembly are clean and free of dirt and foreign material. Put clean oil on all the parts of the cartridge assembly. 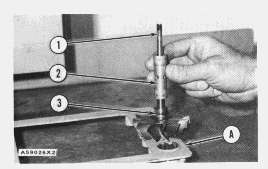 NOTE: Put 6V2055 High Vacuum Grease in the groove for seal ring (3) at assembly to one half or more of the depth of the groove all the way around the shaft. 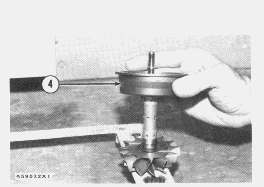 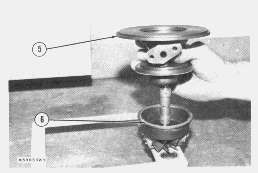 4. Put gasket (6) in position on the shroud. Install housing assembly (5) over the shaft. 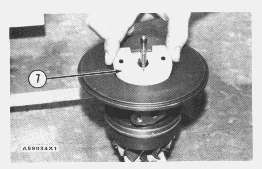 5. Install bearing (7) in the housing assembly. Make sure the bronze side of the bearing is up. 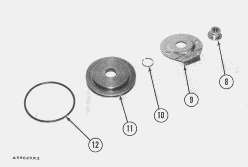 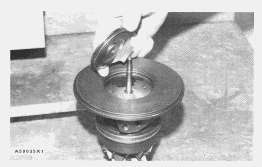 8. Install the insert, deflector and sleeve as a unit in the housing assembly as shown. 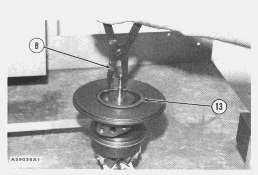 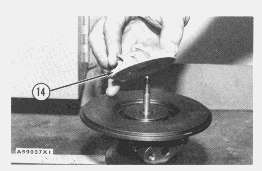 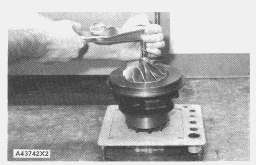 12. Put a small amount of lubricant, such as Lubriplate, on the area of the nut that makes contact with the compressor. Do not put lubricant on threads. 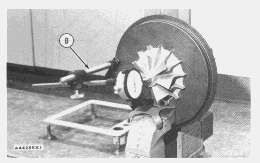 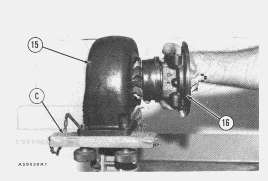 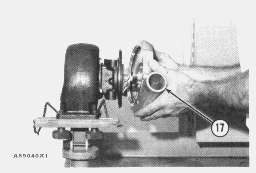 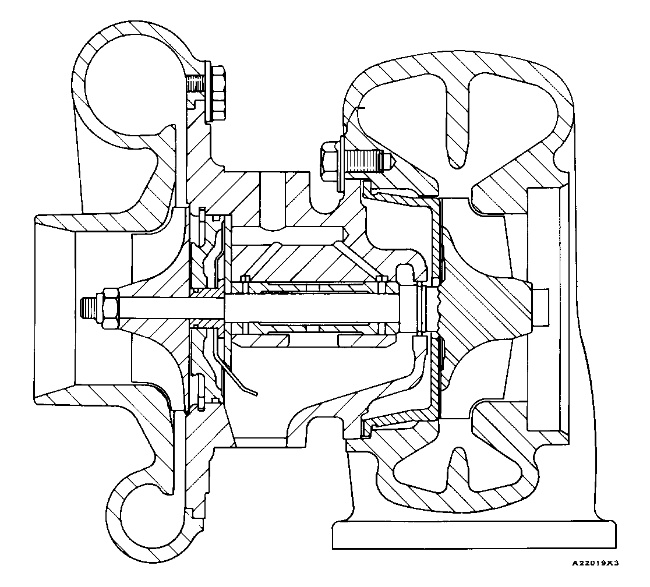