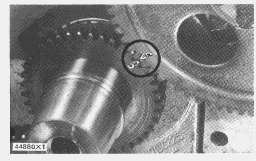 1. Make an alignment of the “C” mark on the crankshaft gear and the “C” on the camshaft gear as shown. 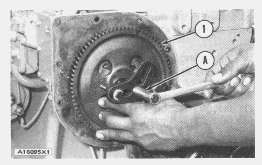 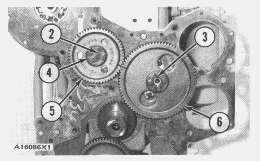 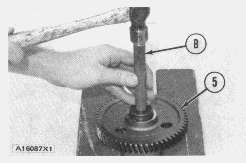 4. Remove the bearing from the idler gear with tooling (B). 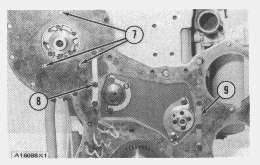 5. Remove the nuts that hold the fuel injection pump housing to studs (7) in the timing gear plate.

6. Remove bolts (8) that hold the lock and the timing gear plate to the cylinder block. 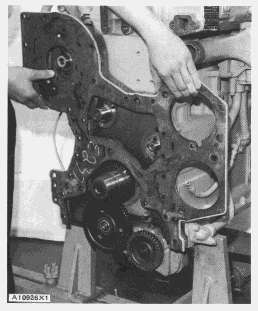 NOTE: Make sure the O-ring seal is in place on the front of the fuel injection pump housing.

3. Install the three nuts and washers that hold the fuel injection pump housing to the timing gear plate. 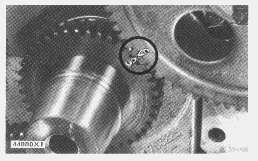 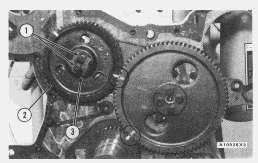 7. Put the number one piston in top center compression position. See FINDING TOP CENTER COMPRESSION POSITION FOR NO. 1 PISTON in TESTING AND ADJUSTING. 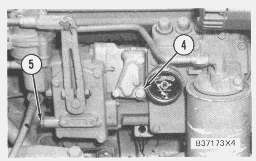 9. Remove timing pin (5) (if so equipped) from the cover of the governor housing. 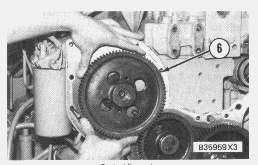 11. Put gear (6) in position on the fuel injection pump. Install the bolt and washer that holds it finger tight only. 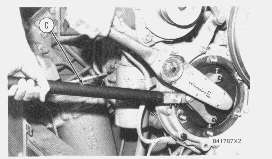 14. Turn the engine counterclockwise (as seen from rear of engine) two complete revolutions. If timing pin (5) or tool (B) goes into the notch in the camshaft of the fuel injection pump and the 3/8″-16 NC bolt goes in the flywheel at the same time, the timing is correct.

15. If timing pin (5) or tool (B) can not be installed see CHECKING TIMING BY TIMING PIN METHOD in TESTING AND ADJUSTING.