1. Check to be sure that all coolant has been removed from the cylinder block.

2. Cover the crankshaft bearing journals before the cylinder liners are removed. 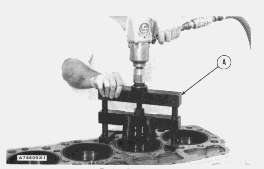 3. Remove the cylinder liner with tooling (A).

1. Clean the cylinder liners and block.

2. Install the liners in the block without the O-ring seals. 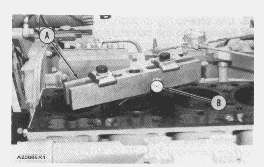 4. Check the liner (projection) height with tool group (B) at four locations around the liner. The difference between the four measurements must not be more than .002 in. (0.05 mm).

NOTE: If the liner is turned in the bore, it can make a difference in the liner (projection) height. 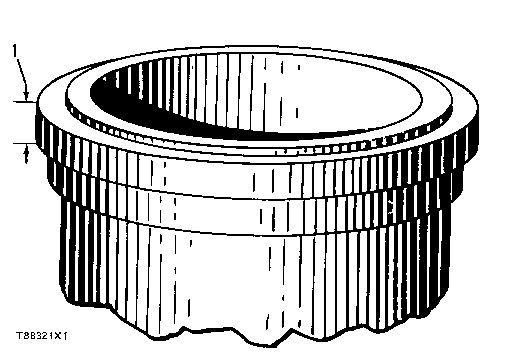 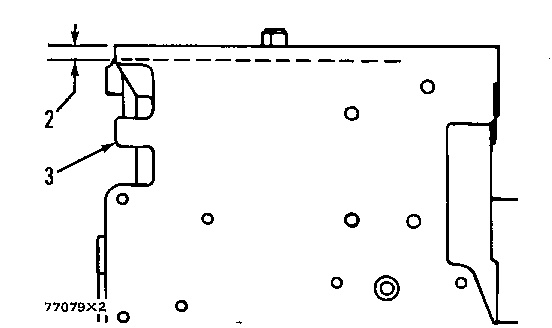 NOTE: If the liner bore in the block is worn and the measurement is not correct, the liner bore can be corrected with a cylinder block counterboring tool. See SPECIAL INSTRUCTIONS, FORM FM055228.

7. Put a mark on the liner and block so the liner can be installed in the same position from which it was removed. 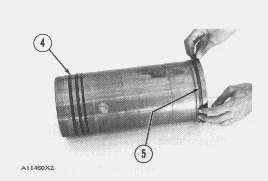 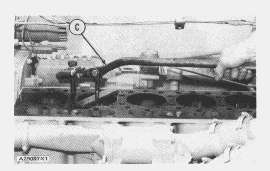