NOTE: Dash was removed for photo purposes only. 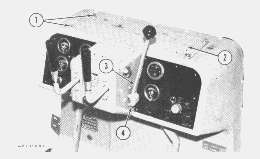 NOTE: Hour meter and steering clutch lever were removed for photo purposes only. 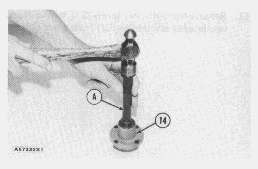 6. Remove two bearings and seal from support assembly (14) with tooling (A). 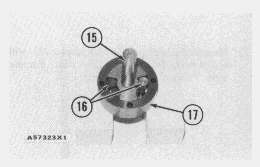 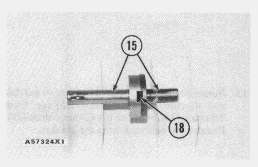 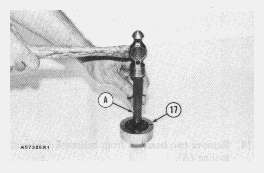 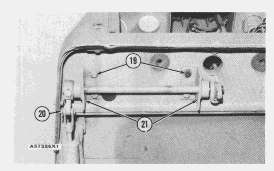 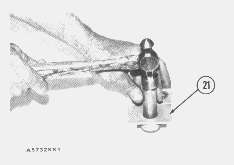 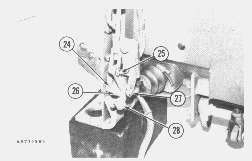 1. Install two bearings in bellcrank (1) with tooling (A). Install each bearing until even with the surface of the bellcrank. 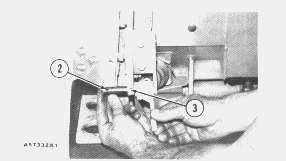 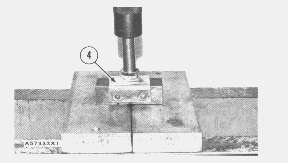 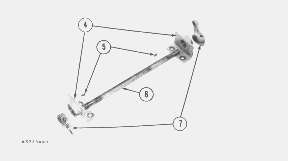 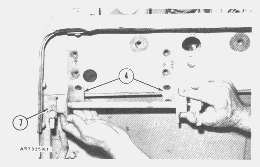 5. Fasten two bracket assemblies (4) to the dash with four bolts and lockwashers. Connect rod end to lever (7) with pin and cotter pin.

NOTE: The lip type seal must be installed in the ring with the seal lip away from the spring lock mechanism.

6. Install lip type seal in ring (8) with tooling (A) until the seal is even with the surface of the ring.

NOTE: The lip type seal must be installed in the support with seal lip away from the spring lock mechanism. 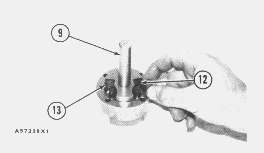 NOTE: Put SAE 30 oil on the seal lips and detent mechanism at assembly.

10. Install gasket and support assembly (11) on the ring (8) and shaft assembly (9). Install bolt, nut and lockwasher in the detent assembly in the correct location. 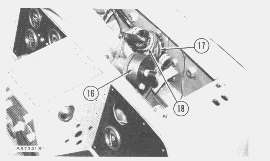 12. Put detent assembly (16) in position in the dash and install the three bolts, nuts and lockwasher which fasten the detent assembly to the dash. Install boot (18) on dash with clamp (17). 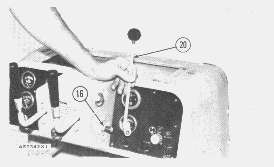 14. Install governor control lever (20) on detent assembly shaft (16) with bolt, nut and lockwasher. Install the plate on the top of the dash with four bolts and lockwashers.